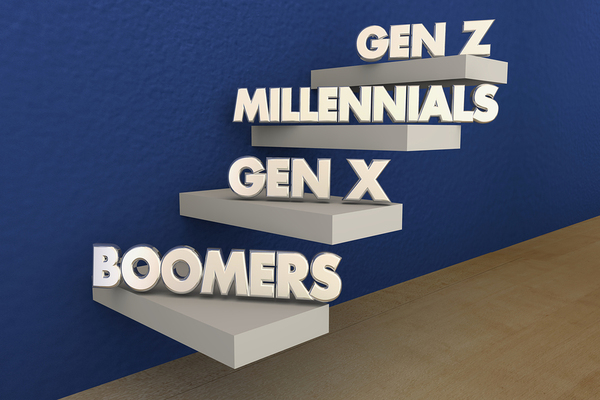 How Generation Z Is Changing the Digital Workplace

The Millennials have been the coming generation for a while. But the cohort that follows them, Generation Z, are either on the entry rungs of job ladders or about to get there. Generation Z is the generation born between 1995 and the early 2000s, while, of course, the Millennial generation precedes them.

Right now, at 79 million strong, Generation Z makes up more than one-quarter of the U.S. population, the largest single cohort. By 2020, though, they are expected to constitute one-third of the total U.S. population.

Because of these numbers, knowing their characteristics is an important part of leadership. They are quite different than Millennials. Here’s a look at the profile of Generation Z.

A recent podcast from the University of Pennsylvania’s Wharton Business School observed that, while Millennials are oriented toward teamwork and collaboration, Generation Z is skeptical that teamwork will always benefit everyone. They may tend to be more individualistic in business as a result.

Perhaps, as a corollary of the above, they are very focused on moving straight into the business world. Many want to become entrepreneurs at some point – nearly three-quarters of Generation Z would like to start a business. It should be remembered that they remember the Great Recession vividly, and see starting a business as a partial antidote. They are also very likely to begin internships at an earlier age than past generations.

3. They don’t see a college degree as a necessity

Generation Z is very aware that Millennials have crushing student debt burdens. They are very willing to consider alternatives to a four-year degree. Seventy-five percent believe there are other ways of receiving a good education than attending a physical university. Some observers believe that Generation Z may go straight into the working world and obtain online degrees as necessary.

It has been one of the oft-cited characteristics of Millennials that they are digital natives. Well, but a Millennial could have been born in 1990 and not used her first computer until 1998, say. So she may well have read physical comic books and went through the first few primary grades without a computer. So Generation Z is the truly digital natives. They make no distinction between e-commerce and commerce, for example, or between online journals and journals. The downside is that 40% indicate they think they are digital addicts. But for them, the world has always been online.

Partly because of online access putting the world at their fingertips, Generation Z is more global than preceding generations. They think in term of global issues, like climate change. In addition, they think in terms of peer group or age cohort rather than their nationality. Nearly 60% of adults around the world would agree with the statement “kids have more in common with global peers than with adults in their country.”

Generation Z is in the workplace and will only become stronger. Take these characteristics into account to deal with them at an optimal level.