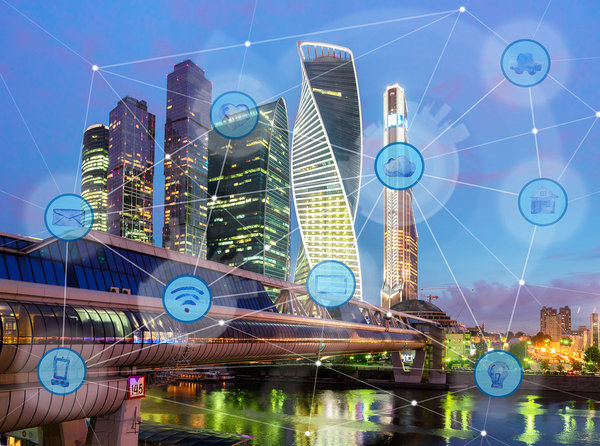 How the 'Internet of Things' Will Be Impacting Your Company

The Internet of Things (IoT) has become nearly omnipresent, as the billions of connected devices become an increasingly prevalent part of our everyday work and personal lives.

As the network of objects equipped with sensors, software and connectivity grows, so do questions about security and ethical use. The question remains for business leadership concerned with the state of IoT: issues currently and ahead.

In 2013, there were approximately 9.9 million objects in the IoT. That number has skyrocketed. Gartner predicts the IoT will total 20 billion connected devices by 2020, with Verizon estimating 5.4 billion B2B IoT connections by then.

The sheer volume of connected objects means vast numbers of connections. That means increased strain on systems. The bandwidth required to support all those connections would cripple today's wireless networks.

Those new networked objects will be generating petabytes worth of data that needs to be stored and analyzed. That means there’s a growing need for storage, whether via data centers, cloud-based solutions or a combination.

With so many new objects, there are going to be new data transmission patterns. Many objects, whether connected to consumer products or business tools, will transmit infrequently, often in short bursts at irregular intervals. Polling network rates, typically done in five-minute intervals, may not account for the short-burst patterns required by new IoT objects.

New, high-frequency polling tools will be necessary, some in seconds- or second-long intervals, may be necessary to secure proper network performance.

While connected devices are not yet pervasive, they may very well become so, and there is a decided lack of ethical guidelines around their use and the use of the data they generate. Here are some key ethical considerations that will need to be developed:

As the number of objects expands, so too do the threats. At the September 2016 DEF CON, a major internet security conference, experts identified 47 vulnerabilities among objects ranging from wheelchairs to thermometers. A month later, a massive distributed denial-of-service attack hit Dyn, an internet performance company. Hackers launched the attack via connected devices like baby monitors and webcams to prevent consumers from accessing major websites and streaming services.

The threats of DDoS and ransomware attacks are significant, as are more serious attacks involving smart cars, homes, and buildings.

The IoT provides a dizzying array of new opportunities to simplify work and life, but the technology is well ahead of the policy and security considerations, which are still evolving.